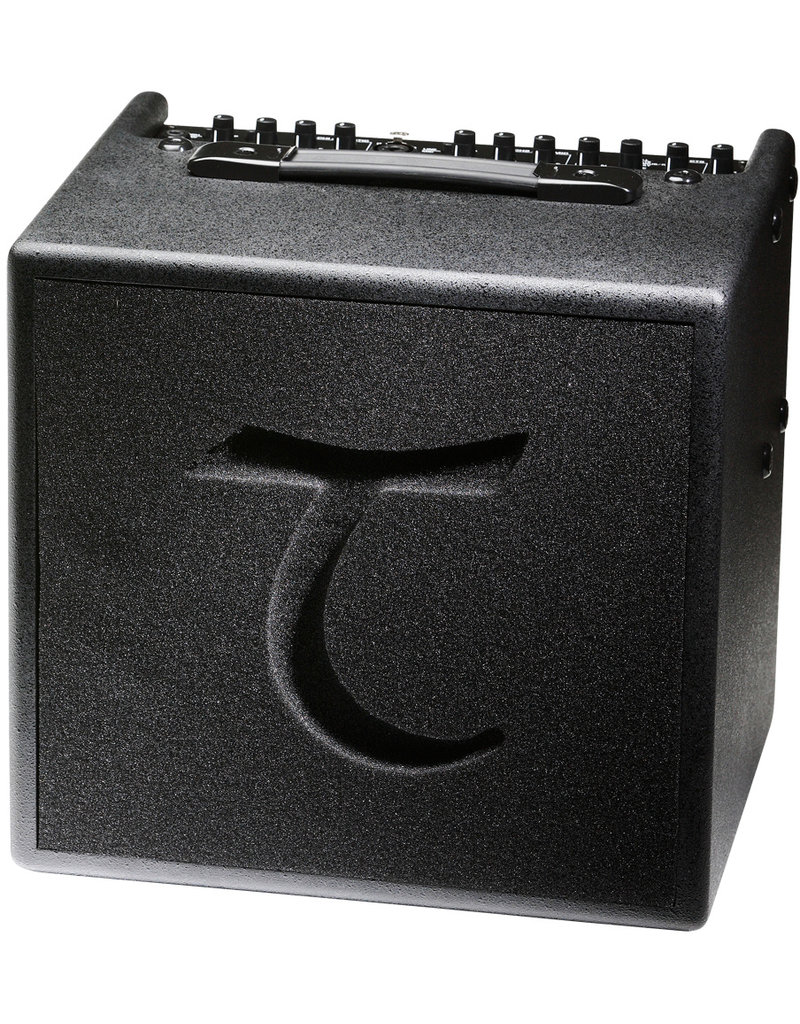 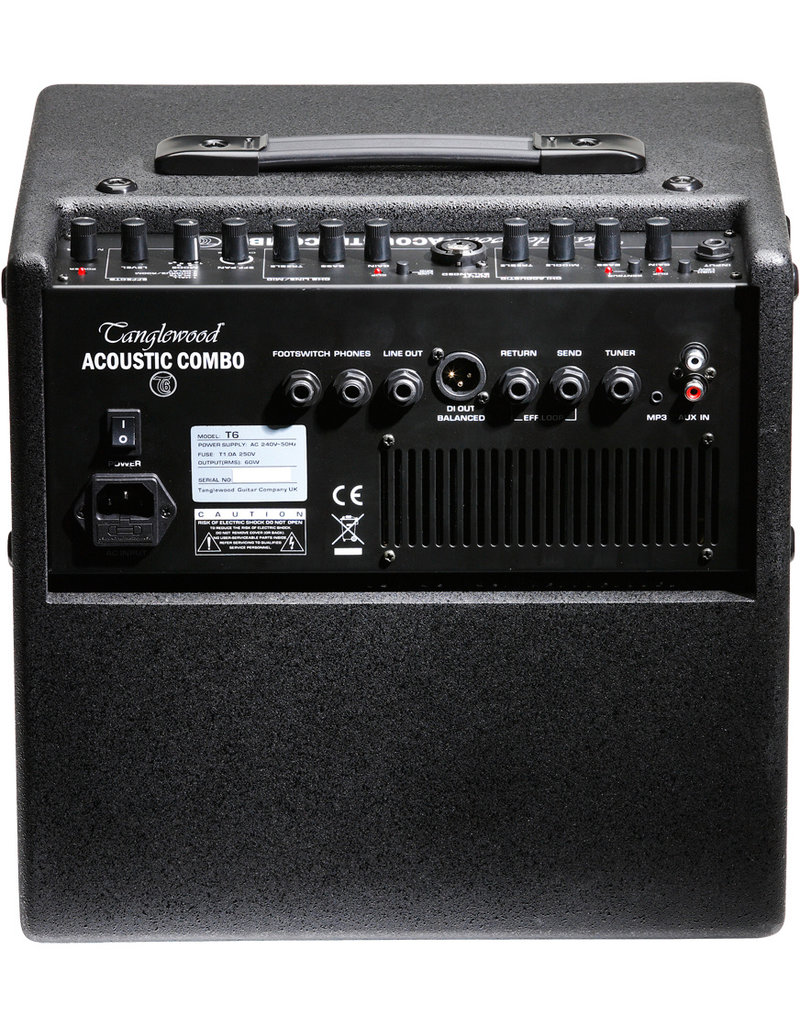 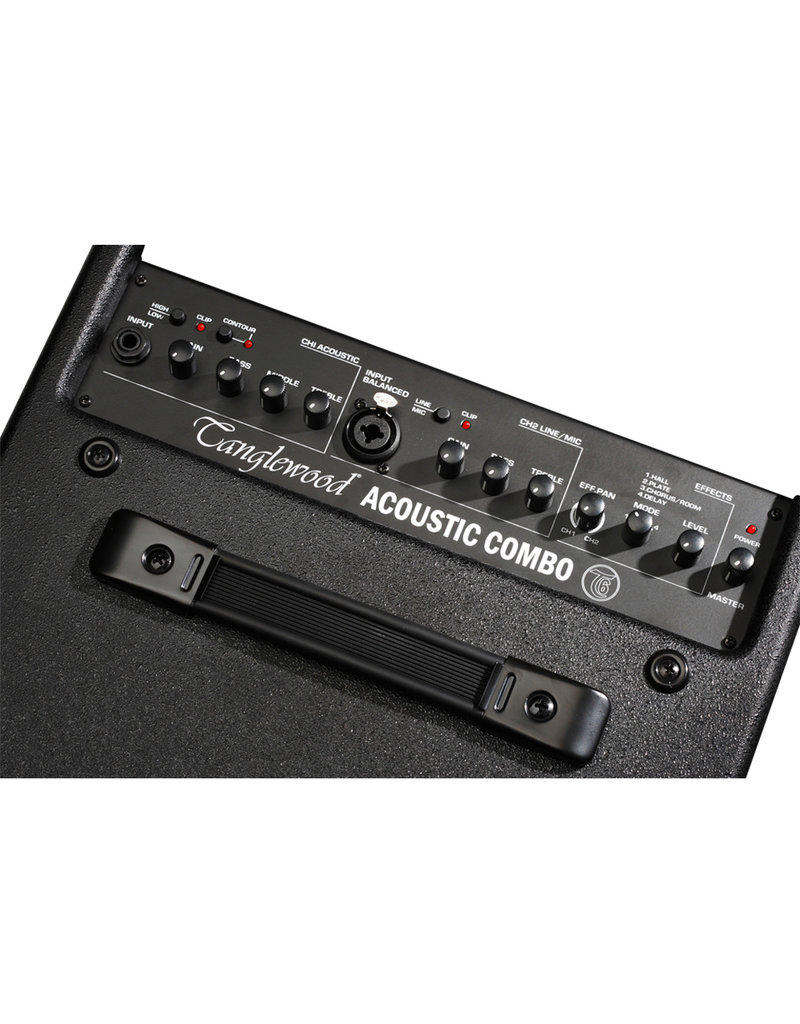 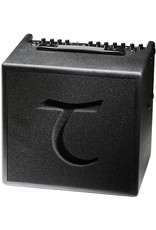 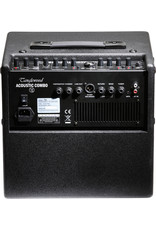 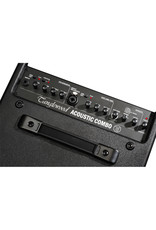 The Tanglewood T6 is a very versatile guitar amplifier, which makes is perfectly suited for a professional musician. The T6 is equiped with every type of connection you are going to need to put on a good show. AUX/MP 3 connection for your backingtrack, Effect send/return, balanced D.I. out, unbalanced Line Out and footswitch. The T6 is also good for home use, thanks to it's headphone connector you can practise with your complete setup at home inclusing effects without having to bother your neighbours.

Thanks to it's two channels the T6 can amplify an acoutic guitar with greater fidelity. Plug your guitar's electronics into channel one and add an instrument microphone connected to channel 2 for a more natural and rich acoustic sound. Or use the second channel to plug in your standard vocal microphone and use the T6 as complete P.A. system. No matter the gig the Tanglewood T6 has you covered.