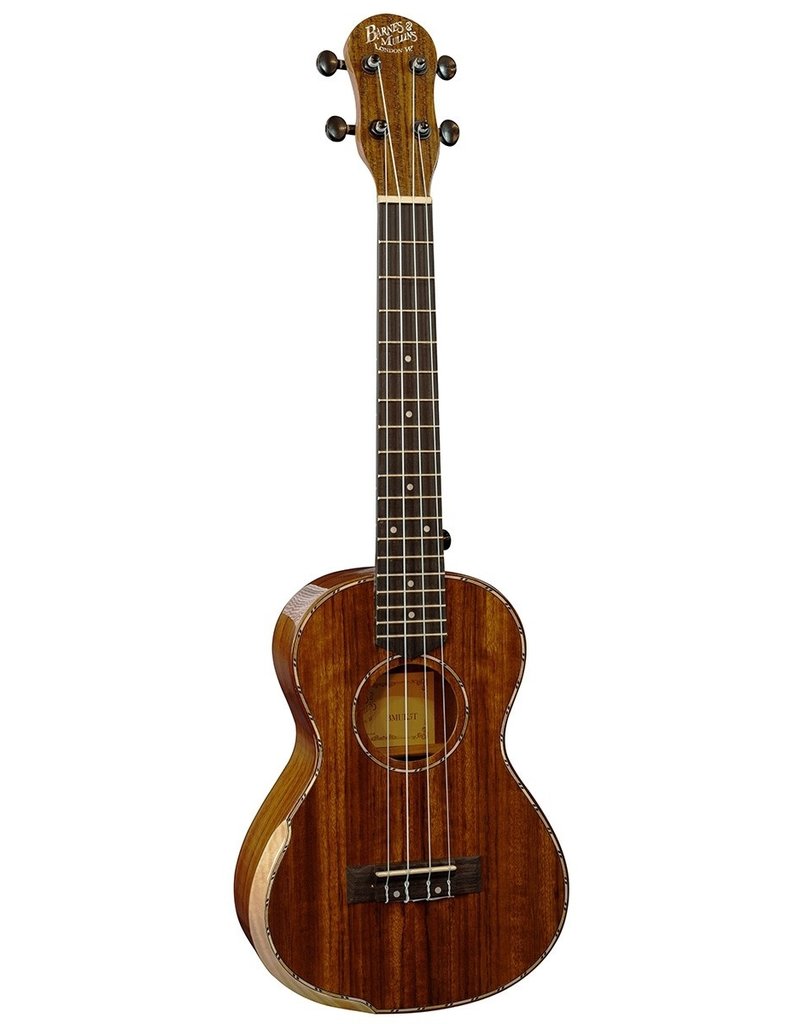 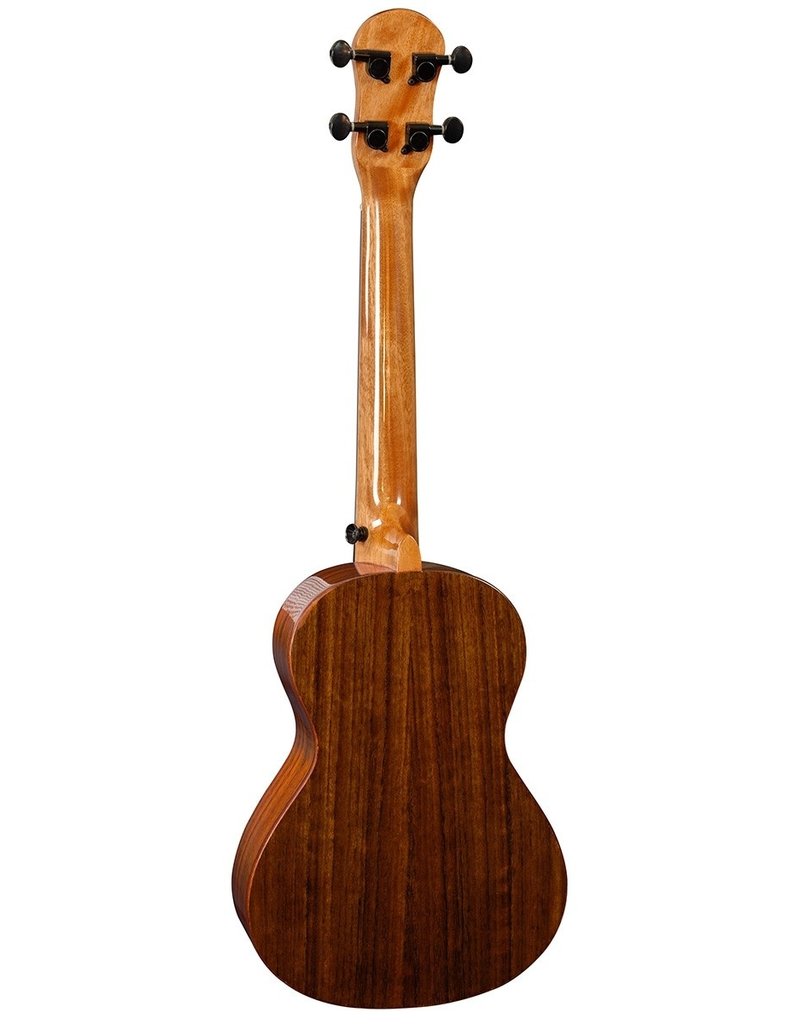 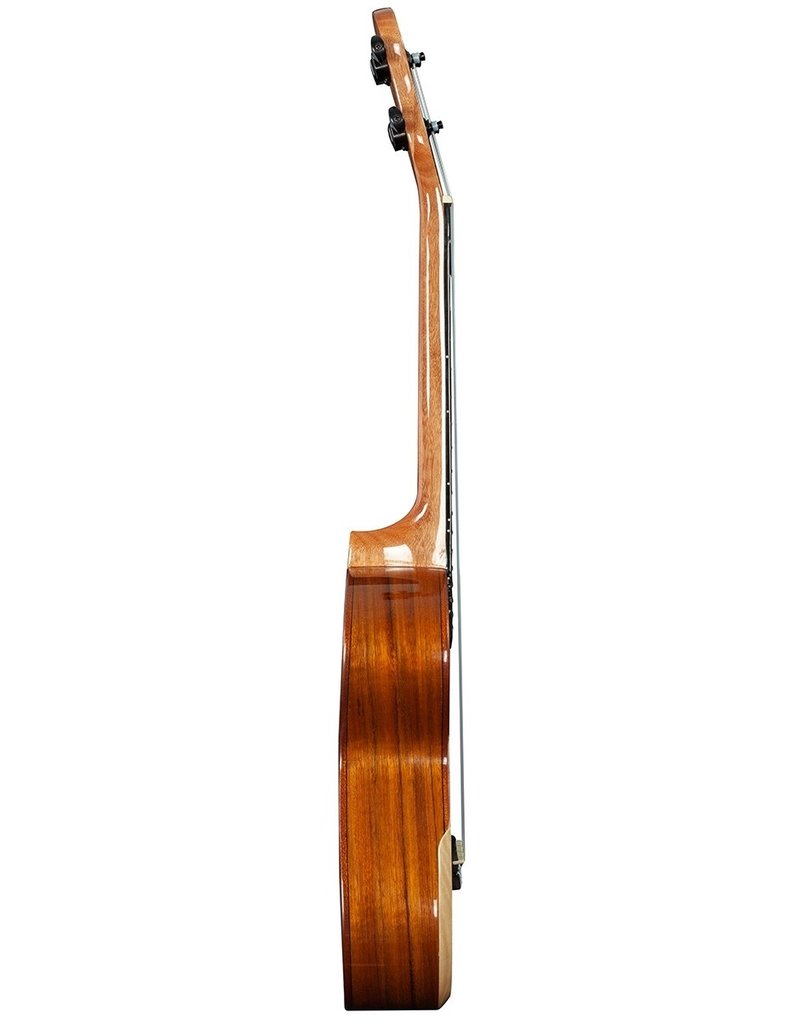 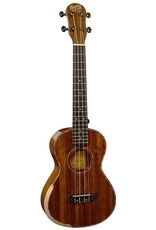 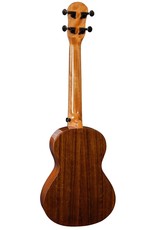 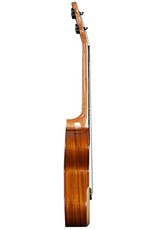 The ukuleles from Barnes & Mullins are made with the most beautifull exotic tonewoods. These wood types are specially selected for their tone characteristics, this makes them not only look but also sound great. These ukuleles have a powerfull and clear sound with great sustain thanks to the hardness of the used tonewoods.

Walnut is a tonewood that gradually sees more use for the production of quality instruments. Mostly guitars and ukulele's are made with pieces of Walnut. It's not only used for the construction of the body but also for bridges and fretboards Walnut is a great alternative to some other increasingly rare tonewoods. The sound that Walnut offers falls somewhere in between that of Mahogany and Rosewood. It has the well rounded sound of Mahogany with the added bottom end of Rosewood. The lows and highs are less coulored then that of Mahogany and the mids are more pronounced. There are also some similarities between Walnut and Koa, both tonewoods have the same well balanced tone. Where Koa has more harmonics, Walnut has a cleaner, louder and stronger projecting sound.

De build-in armrest improves the playing comfort of these ukuleles. Thanks to the bevelled edge at the playing position your arm rests more comfortably over the edge of the ukulele, this also helps against muscle fatigue. Not only the playing comfort gets improved but also the sound benefits. Thanks to this bevelled edge your arm makes less contact with the top of the instrument, meaning less dampening, resulting in even better sustain and clarity. 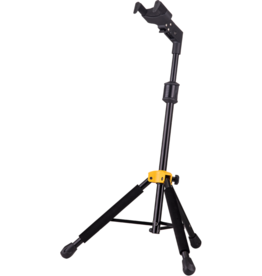 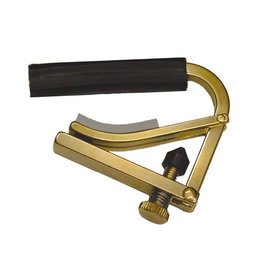 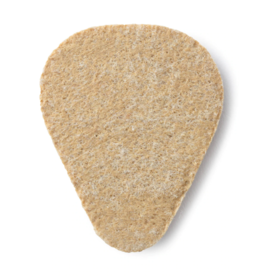 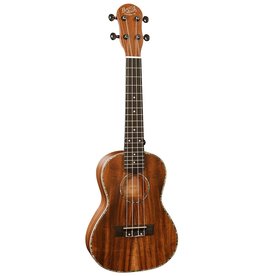 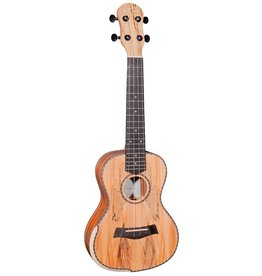 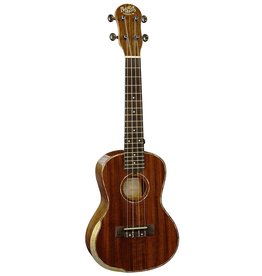 Concert ukulele build from Bocote, an exotic wood type that has a powerfull sound with great sustain.
Add to cart
Barnes & Mullins BMUK8C Concert ukulele Bocote
€189,00
Please accept cookies to help us improve this website Is this OK? Yes No More on cookies »