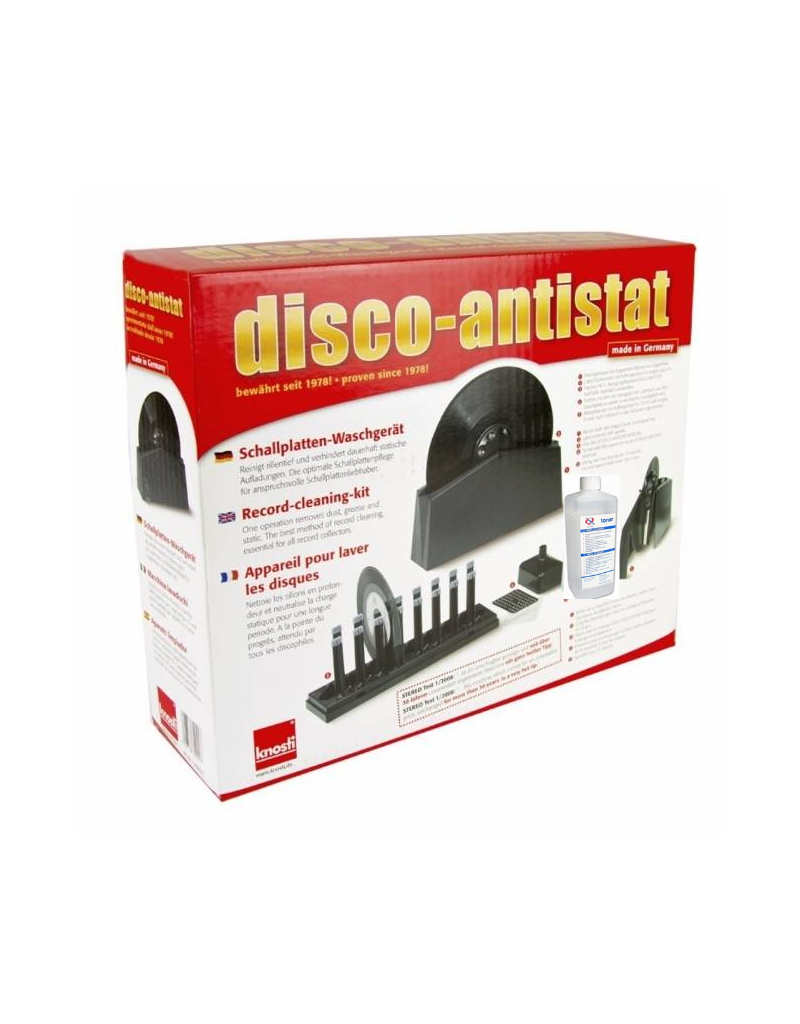 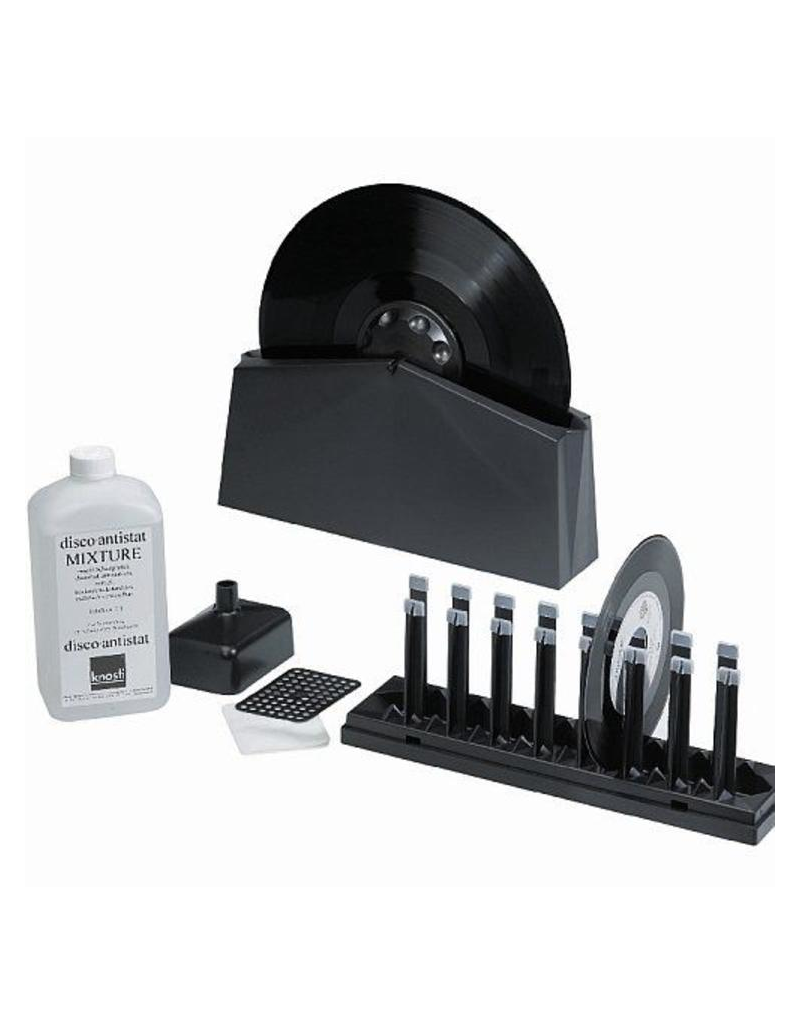 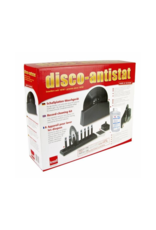 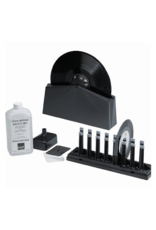 While playing your records and even during storage of records, air pollution from outside (car exhaust, dust) and even from inside the house like smoking cigarettes, cooking fumes causes a tough film to develop on your records. This film is hard to clean and cannot be cleaned with a record brush only. The stylus, while playing back, will scrape part of the residue which will gather around the stylus tip, causing distortion in playback or even skipping out of the groove. To avoid this clean your records at least once a year thoroughly. This can be done with a record washing machine.

There are many models on the market, but the most affordable yet very efficient model is the Knosti Disco Antistat. By washing your records with this machine you are able to clean not only the pollution as mentioned before, but also the remains of the former Lenco Clean fluid which was used in the past to playback records “wet”. This fluid left a crystalized residue in the groove which was almost impossible to remove and so the records after that could only be played “wet”, but now the Tonar Disco Antistat also does an excellent job to remove these crystals. At the same time the TonarKnosti Fluid reduces the build-up of static electricity on the records.

Suitable for all sizes of vinyl records with diameters of 7 inch, 10 inch and 12 inch. Careful! Never use TonarKnosti Fluid or Tonar QS fluid to clean 78 RPM shellac records. The alcohol type used in our fluids can permanently damage or destroy shellac. 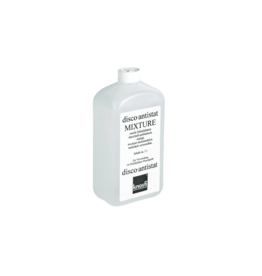 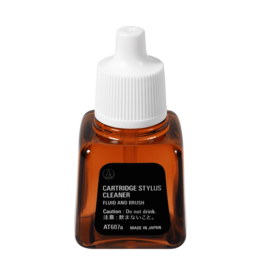 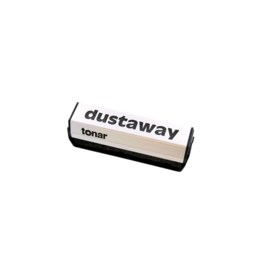 This state-of-the-art DJ record cleaning brush combines the properties of the Tonar Classic brush and the Nostatic brush into one brush!
Add to cart
Tonar Dust jockey record brush
€20,00 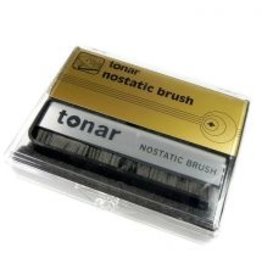 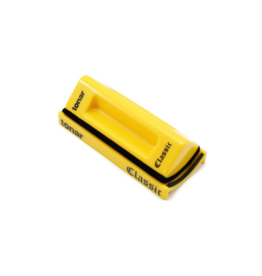 This brush is manufactured is made of ultra-fine pole very high quality velvet, specially selected for this purpose. The velvet reaches deep into the record grooves and removes even the finest dust particles. The brush itself can be easily cleaned using t
Add to cart
Tonar Classic record brush
€12,50
Please accept cookies to help us improve this website Is this OK? Yes No More on cookies »