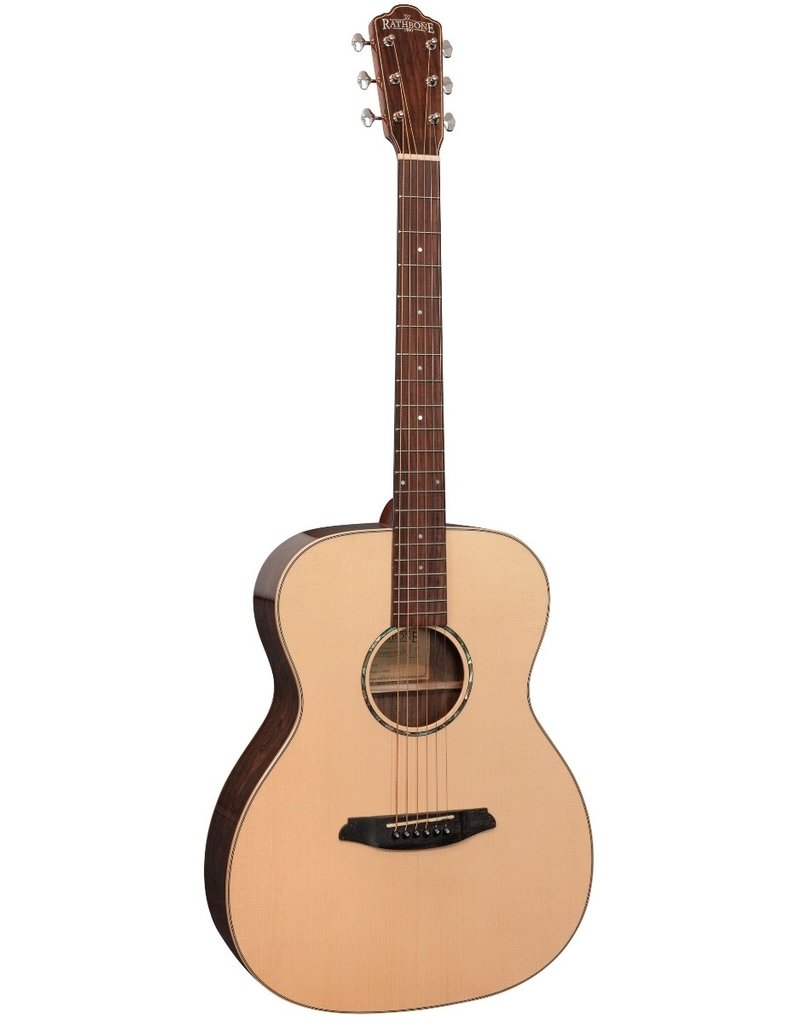 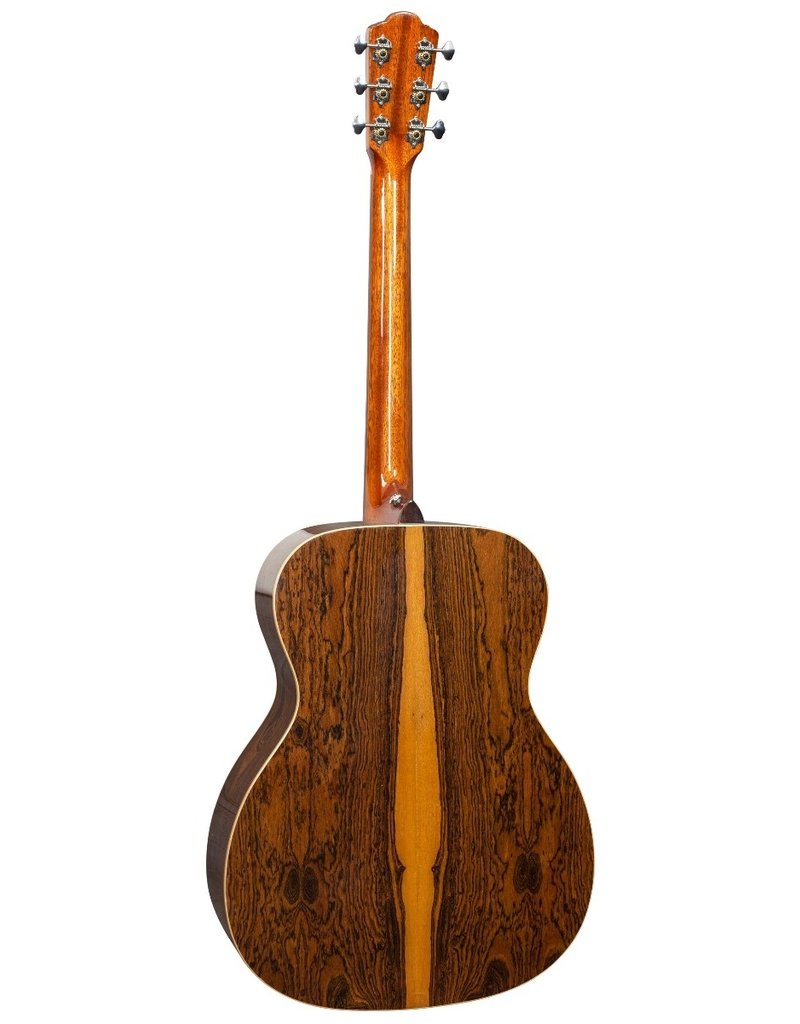 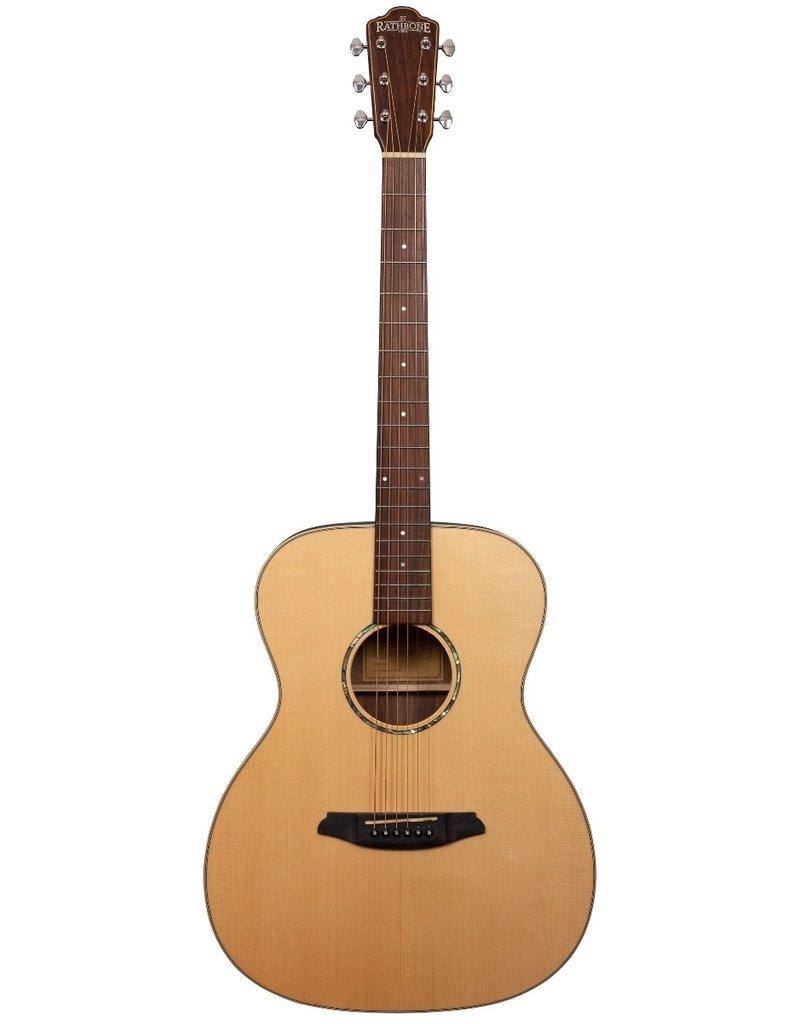 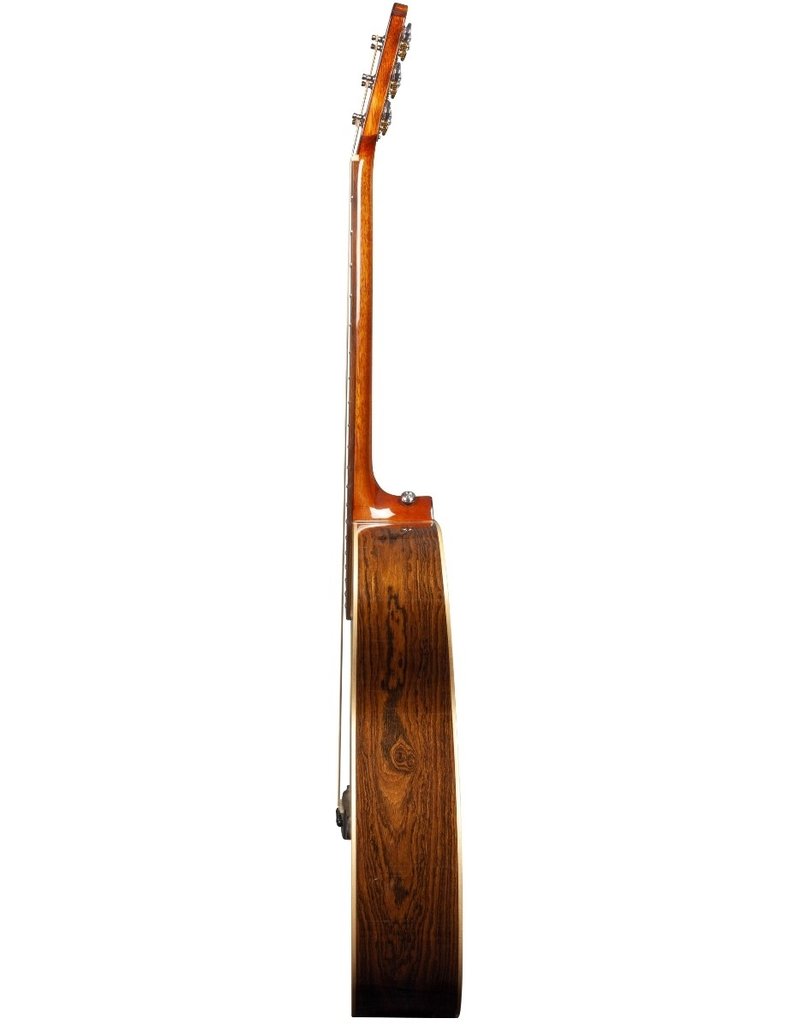 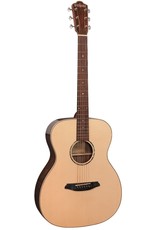 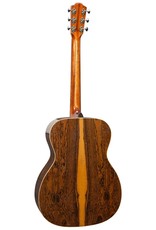 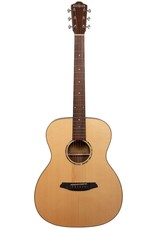 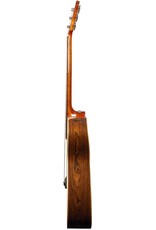 A real powerhouse, this R2SB Orchestra Model uses a Solid Spruce top for tonal clarity, and highly-figured Bocote for the back and sides. The beautiful Bocote wood responds similarly to maple with superb linear projection and clarity.

Due to the environment in which it was initially designed to be used, the 'OM' was not a large-bodied guitar. In fact, few of the early 'modern' guitars would be considered large today. So, the 'OM-sized' Rathbone No.2 is not a large bodied guitar either, but the neck joins the body at the 14th fret, so the scale length is one that we would recognise from most modern guitars. When first used, this 'long' scale legnth was found to help deliver a remarkably, and some may say disproportionately, powerful and dynamic tone. The tuned strings are under greater tension than on shorter scale guitars, so they give a far greater tonal response and 'punch'.

Spruce provides an ideal balance between strength and flexibility, hence its overwhelming popularity as the wood of choice for tops of acoustic guitars. Spruce’s versatile sonic character makes it ideal for a variety of musical genres and playing styles.

Bocote is considered an exotic wood and has the sound and apearance to earn that moniker. Acoustically, it stands out for having a powerful and warm sound. Bocote has high density and stability, good sustain and a great ability for resonance. This makes it perfect for an acoustic guitar's back & sides.

Bridge nuts & saddles made from bone are allot denser then their counterparts made from artificial materials like plastic, Micarta or Tusq. Bone nuts & saddles give a brighter more resonant tone with better attack, it will bring any guitar to life. 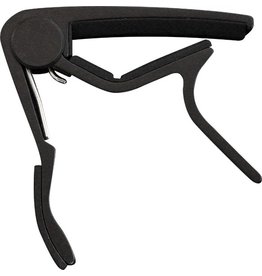 This curved-radius acoustic guitar capo allows you to quickly and easily change key with a squeeze of the hand without hindering your fingers or scratching the neck of your guitar.
Add to cart
CLX Music Trigger capo acoustic black
€15,00 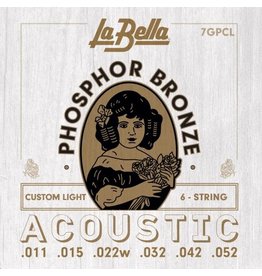 La Bella's Phosphor Bronze sets are made with their exclusively formulated bronze and tin alloy, producing a brighter tone and longer string life than any other phosphor bronze set on the market.
Add to cart
La Bella 7GPCL acoustic guitar strings 011-052
€12,50 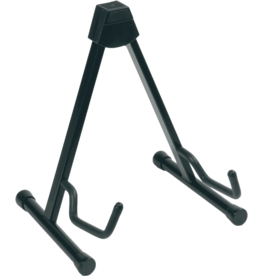 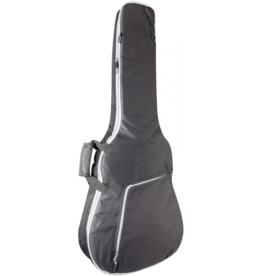 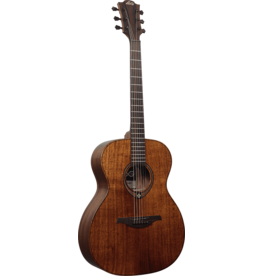 Khaya, also known as African mahogany, is used as the solid top and the back and sides of this guitar.
Add to cart
Lag T98A Acoustic guitar
€349,00 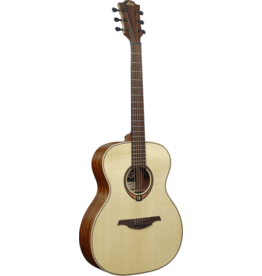 The Lag T88 series guitars are build with solid Englemann Spruce top and Khaya(Mahogany) back & sides. The guitars in the series have a highgloss finish.
Add to cart
Lag T88A Acoustic guitar
€269,00 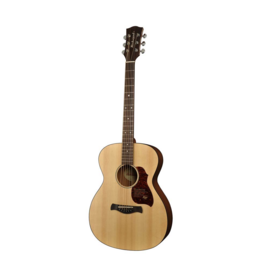 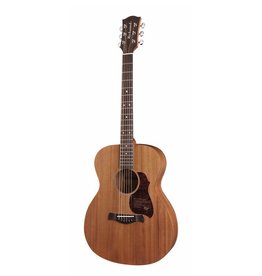 Richwood Master Series are all handmade acoustic guitars, made of premium selected tonewoods, professionally set-up before packing.
Richwood A-50 acoustic guitar
€369,00
Please accept cookies to help us improve this website Is this OK? Yes No More on cookies »